Here we are back again, 2 hours 10 mins to get here. 44 volunteer drivers this time so suspect it’s gonna get busy busy. Goonies on the tv so spirits are high. Tempted to stand up and shout ‘HEY YOU GUYS!’ But won’t.

Warehouse looks full, so that means the supplies need shifting today, smaller vehicles slipping all over London but the roads are quiet, we should get a good run at it today.

Stats for today, 1382 people housed during the day and were fed breakfast and lunch, 780 guests slept in the centres last night. Been told that Harrods have just dropped off some meals for us volunteers, not sure I’m up for quails eggs on brioche at the moment but good on them for sending it, it’s very much appreciated.

Seems as though us mini bus drivers will be busy later on as there are plenty of beds to fill and some of the guests have been taken out for the day, cinema, bowling etc.

Have been allocated the North London run, called the loop, which means we are based at the North London Day Centre and from there we regularly pop off the two other locations to pick up anyone who needs a meal.

I’m allocated Janet as my navigator, a lovely chatty lady with a more that passing resemblance and manner of Miriam Margoyles, it’s going to prove to be a fun shift.

So Janet and Jon go on the loop. Which I believe is a children’s book.

At the day centre, we watch some of the guest take to the microphone and the band strike up Sweet Caroline, much dancing from staff and guests and of course, waving of arms, it being an arm waving anthem.

I chat to a lovely volunteer from Brazil but don’t get her name mores the pity. She has the Christmas period alone this year, her ex-husband has her son and rather than sit staring at the walls she decided to help out. The whole operation is run by people like this and whilst sometimes we all feel cheated in life and distrust the people around us, it puts my faith back into us humans.

Not fully, but partly.

By 21.50 we are finally allocated a last of the loop runs. This is a little distressing, just a little. This run is for people who either decide not to take a place or who have a bedsit to go back to.

Janet and I talk to a middle aged chap called Derek. He’s a mix of Spanish, Argentinian and Scottish. He has just found himself a job as a cook but as this is his first month he doesn’t get paid until the 30th. He has managed to pay his rent but has no money for food. For this week Crisis feed him, three times a day. Tea, coffee, mince pies by the bucketload. And of course, a Christmas turkey dinner.

As it’s Christmas Day, Janet and I decide that instead of just running the loop, that’s two stops, we’d drop all eleven guest to exactly where they wish to go, no tube, no buses at all, so they’d still have long walks.

We drop off Rob, a tough Londoner and are disturbed to hear that he is ‘gonna crash at the back of the hospital’, to us, this is like delivering someone back to some form of Hell, I am uncomfortable with this, I’m sure Janet is too, but Rob thanks us and wishes us a Merry Christmas.

The most shocking thing for me is the other side of Finsbury Park. An underpass.

It is lined with makeshift shelters, both sides of the road. There are mattresses covered with tarpaulin, bundles of sheets, blankets, cardboard boxes. Each had a gap of maybe six feet between them, and there are a line of possibly thirty of these Englishmens Castles. That’s sixty homeless people in a very small area.

One of our guests is dropped off there and finds his spot. I think that it’s unacceptable in 2018 in a ‘civilised society’ and tell our passengers so.

We get back to base in Bermondsey at 23.45 and by midnight I’m driving through a deserted London back down to Verwood.

It was a wonderfully rewarding Christmas Day, possibly the best ever. 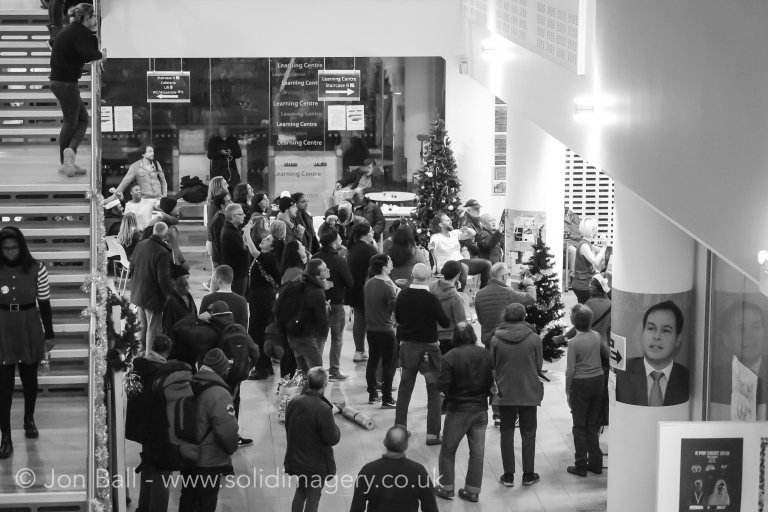 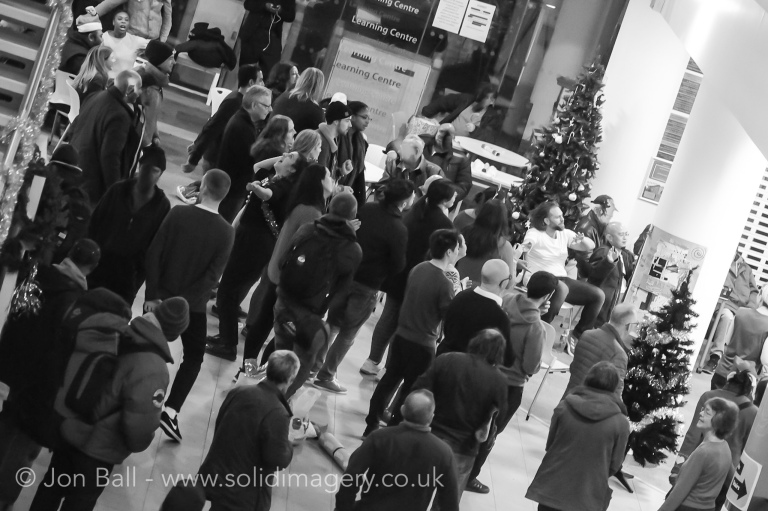